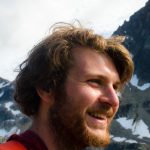 Simone is a masters student researching on characterization of power expenditure of urban cyclists. After completing his B.A.Sc. in Civil Engineering, at the University of Bologna (Italy), he joined the research team in January 2016. With the React team, during the summer 2016, he led the administration to more than 600 cyclists a “bicycle coast-down test” to measure resistances for real-world cyclists. Such resistances parameters can be used to better model mode and route (speed) choice and health impacts of urban cyclists.