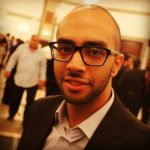 Amr is a masters student researching on the factors that influence the role of electric bike in urban transportation system. He got his B.A.Sc. degree in 2013 from Ain shams University in Egypt, he started working on a variety of projects including rural, urban and airports in KK consulting office. In 2014, he started working as Teaching and Research Assistant in Ain Shams University. Amr joined the React team in September 2016 and he is currently researching on extracting GPS data and doing traveler surveys.